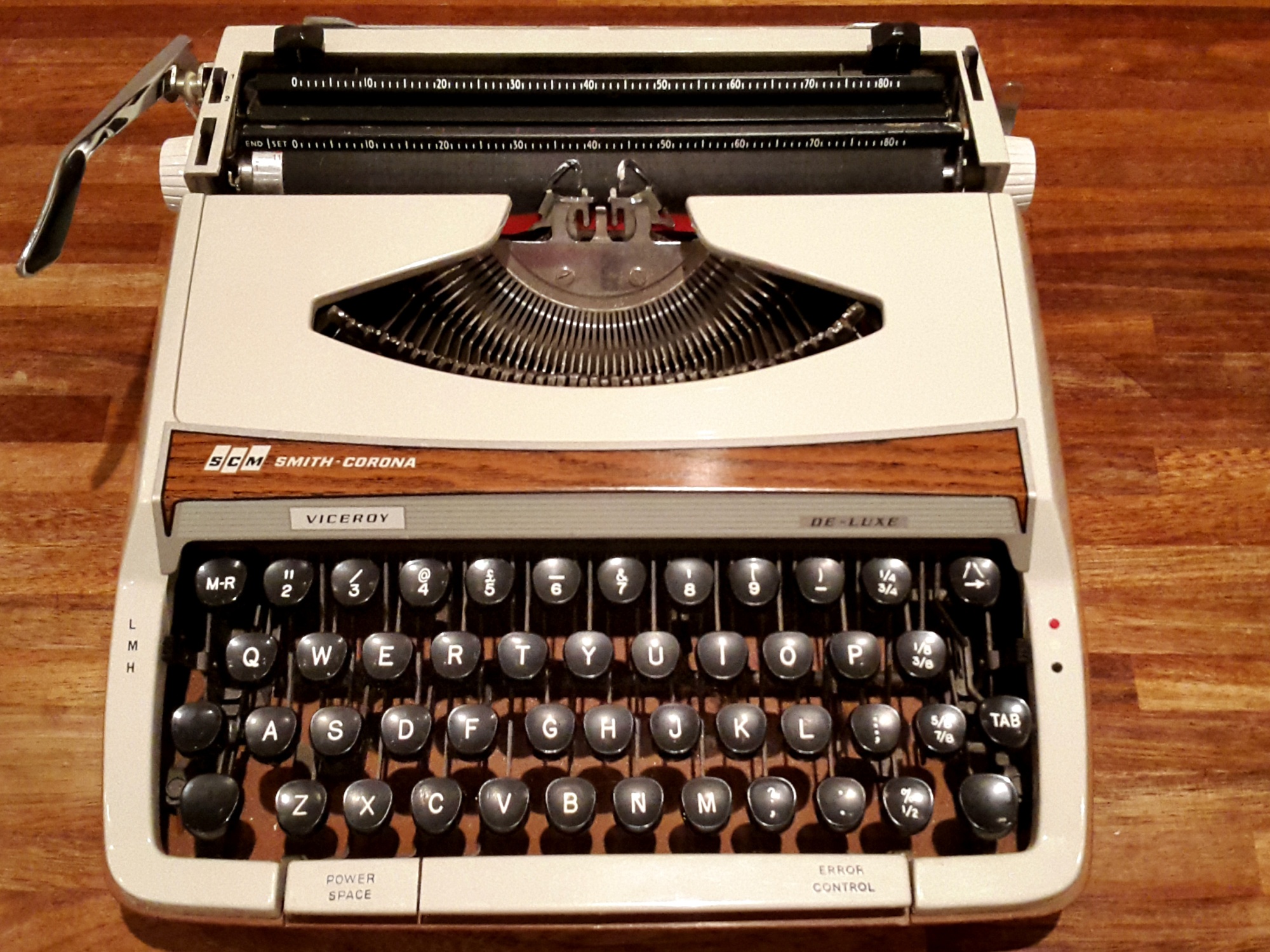 There are four main types of typewriter. Standards are the long since defunct office or desk models, big, heavy built for professional office durability and performance. This is what Christina Hendricks and the Mad Men typing pool go to work on in between smoking and flirting with the big cheeses. 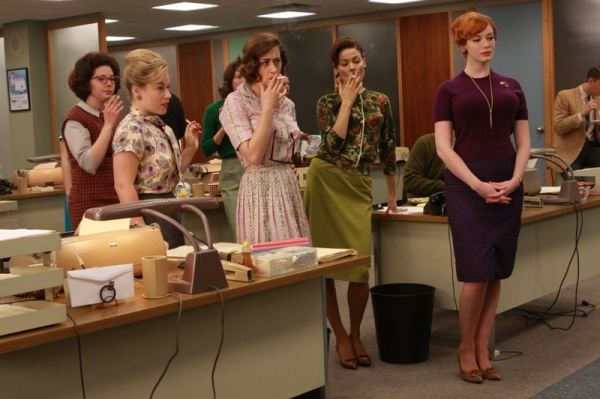 Next come the Semi-Portables – mid-size with carry cases. Pretty bulky, although the most popular style amongst retro typewriter enthusiasts. Another group is the Electrics. Last but not least, and the closest typewriters ever got to the modern day laptop, Ultra Portables. Introducing the Smith Corona Viceroy Deluxe.

While I decided my Adler Tippa was a Ford Capri, the Viceroy, while also a plastic case and 1970s build, has an air of the Morris Minor, or US ’60s and ’70s station wagons largely due to the (faux) wood panelling effect.

Made in England, although the parent company was a big US conglomerate manufacturing everything from typewriters to pocket calculators and way back when, weapons, The Viceroy comes with an (overly) grand colonial title (a Viceroy was a senior mandarin running far-flung colonies on behalf of the monarch), Smith Corona is most well known as the model of choice of American writers such as Arthur Miller, David Mamet and EE Cummings.

Weighing in at 9lbs, with a milk chocolate hard plastic case, the Viceroy is circa 1970, cased in cream plastic and came with a number of innovative features (for its time), customisable functions, power space key, error control and erasure table.