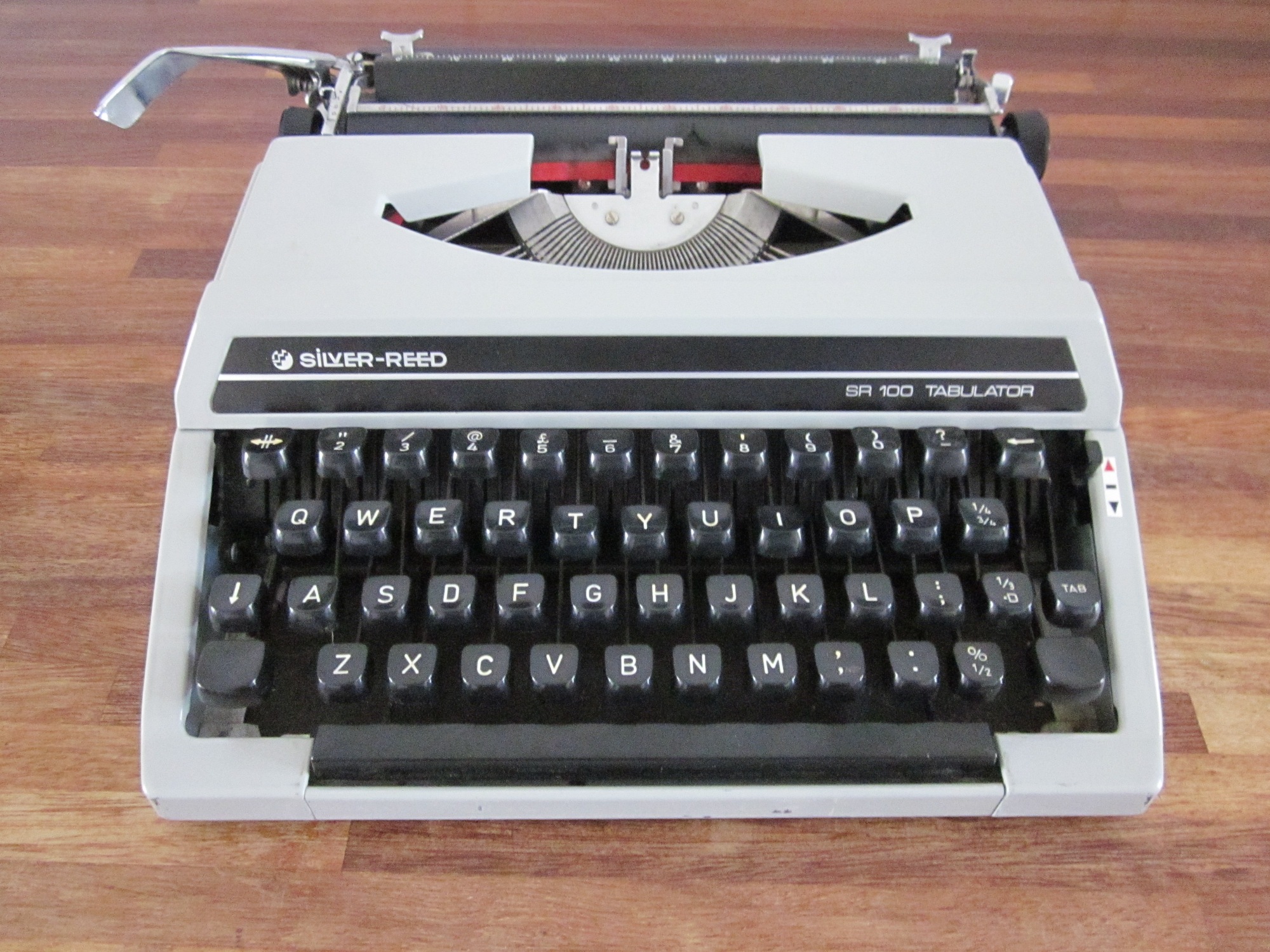 Silver Reed typewriters, like so many of their contemporaries emerged from a company specialising in something else. In this case industrial knitting machines. This Silver Reed Tabulator was made approximately 1975 by Japan’s Marukoshi Knitting Machines and (bizarrely though it seems today) was designed as an ultra-portable. This version comes in communist block GDR brutalist grey although there are flame red, blue and rare green versions out there. Reportedly it was a popular model for journalists.

In keeping with my desire to equate typewriters to their automobile equivalent, whereas the Olivetti Valentine has something of the Porsche about it, the Adler Tippa leans towards the Ford Capri and the Smith Corona Viceroy, a retro wood pannelled Morris Minor, the Silver Reed in this incarnation is something of a Trabant, functional and only stylish in a retro kind of way. It wasn’t designed to win friends and influence people, it was designed for efficiency and longevity. Functionality in its pure form.