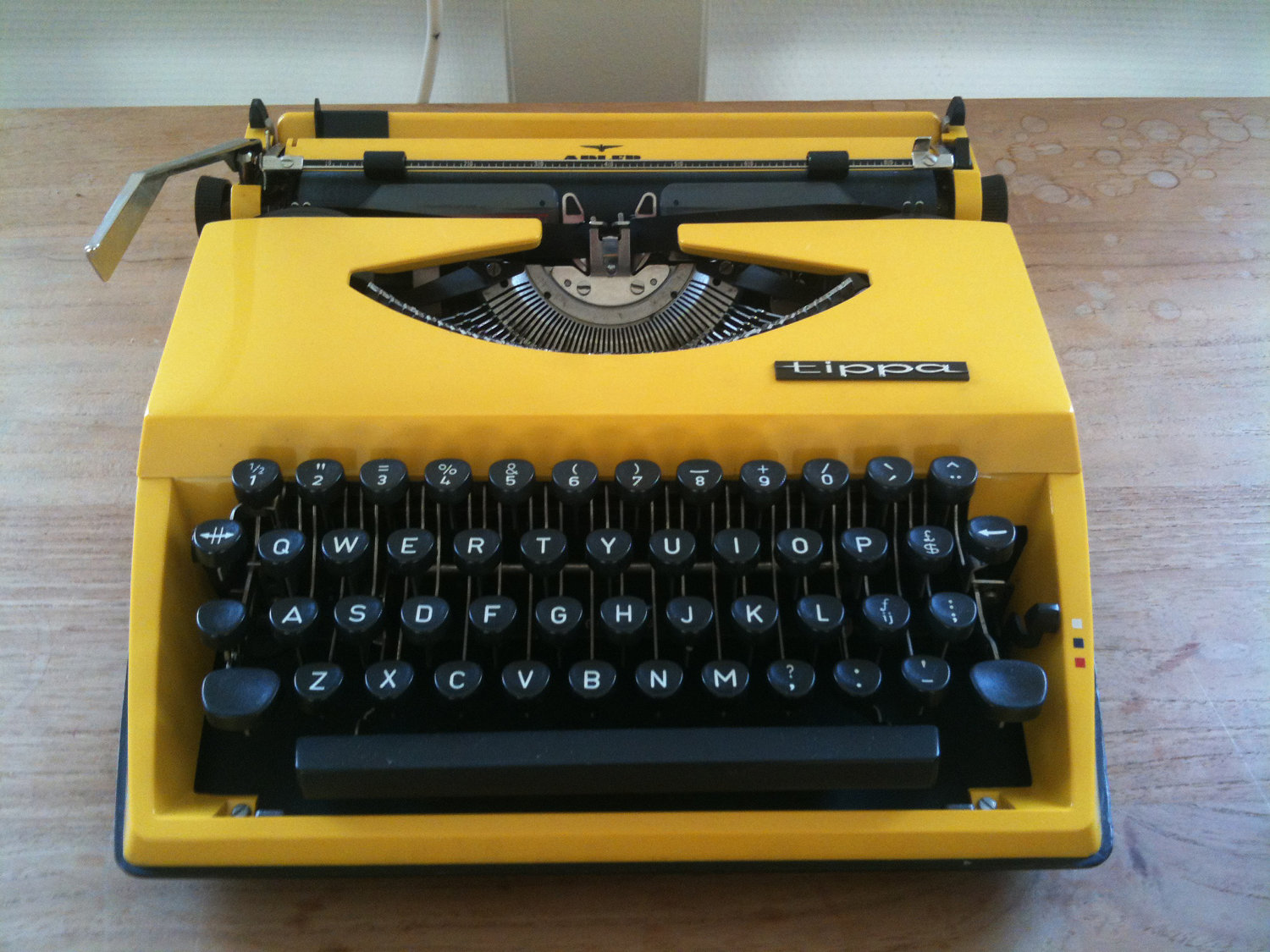 High scoring stylish kitsch mellow yellow, introducing the Adler Tippa, another ultra-compact, ultra-portable ‘office in a briefcase’ – a strapline from its earlier incarnation as the Gossen Tippa.

For me it is the, the Austin Allegro, the Triumph Herald or the Ford Capri of typewriters… not a Porsche or E-Type, but a semi-stylish suburban alternate, given greater retro resonance over the years. And it was Stanley Kubrick’s primary scriptwriting baby. I suspect in this picture, this is Kubrick and his Tippa on location for The Shining.

Not without a bit of controversy, real purists mourn the journey from a ‘German gem’ to ‘Japanese junk’ in 25 years, and this stylish model has been compared to the Olivetti Valentine as a triumph of style over performance.

Gossen Tippas were born in post-war 1950s Germany when electro-technology engineer Paul Friedrich Karl Gossen’s company reverted to non-wartime production in 1948. The Gossen Tippa was the first model off the line at the ‘Tippa Werks’ factory. In the Autumn of 1956 the license for the Tippa was sold to Adler.

As modern production lines developed, the company went through various owners until in 1968 , Triumph-Adler, under Litton ownership, produced this canary-coloured model in Holland circa 1970. Now encased in plastic, it is a less robust but lighter portable, for me a pleasant typer though not the quietest.

Undeniably scores high on style and for this shallow collector, looks are as significant as performance.