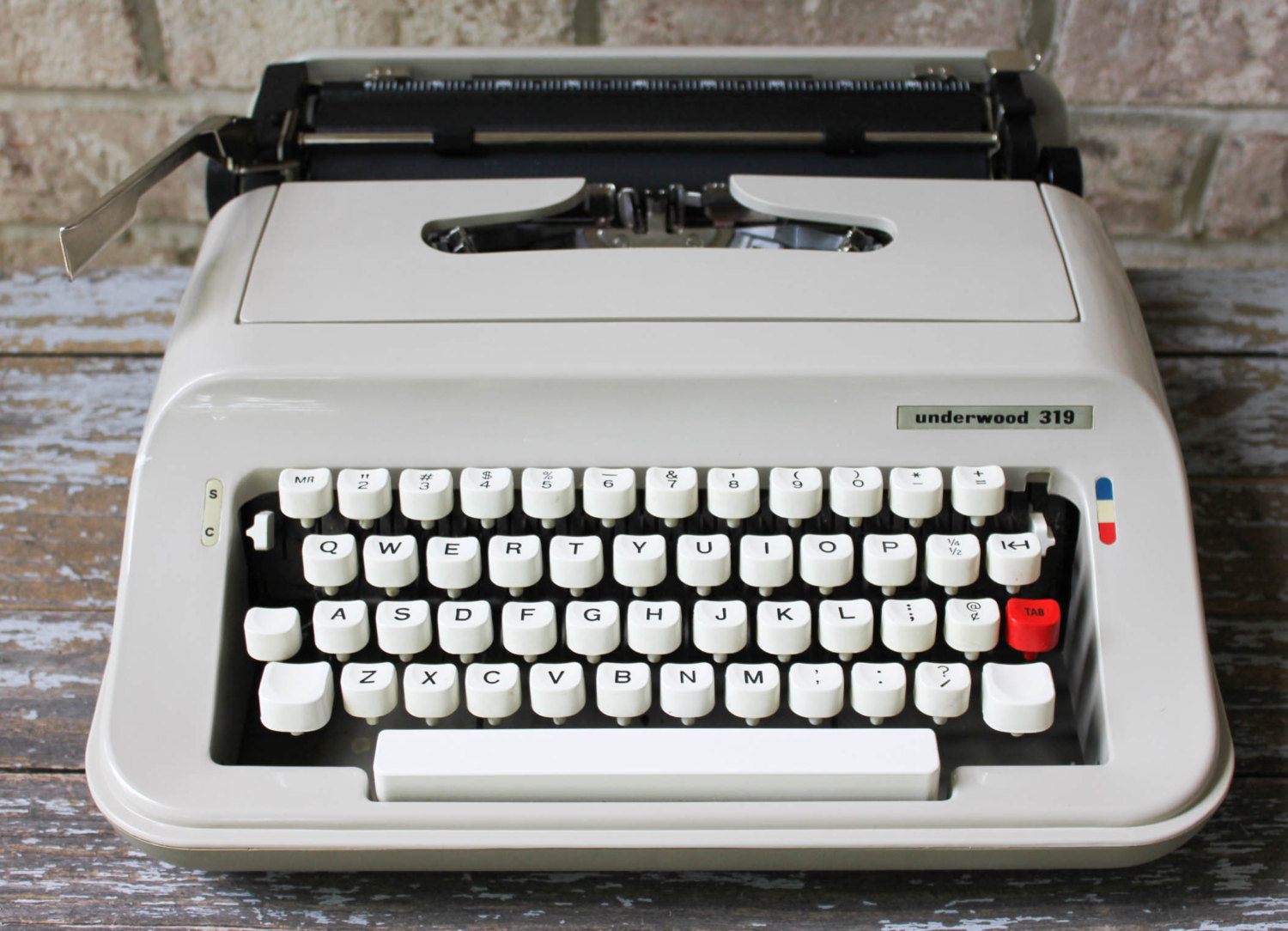 Classic US typewriter manufacturer Underwood was acquired by Olivetti in the 1960s, with the first Underwoods being made in the 1890s. Frank Underwood in House of Cards  uses an Underwood typewriter given to him by his father, saying: ‘This Underwood built an empire. Now you go and build one of your own.’ F. Scott Fitzgerald and Ernest Hemingway had Underwoods and Jack Kerouac wrote On The Road with one.

The Underwood 319 (circa late 1970s) is a little looked down upon by typewriter collectors, principally as it was manufactured in Spain by Olivetti and the entire interior mechanism is a clone of the Olivetti Lettera 92. I am less of an elitist, so just think its a beautiful model.

Like the more renowned Olivetti Valentine the Underwood 319 comes in its own moulded acrylic carry case. The font style is Pica, which is on its way to be an oversize Times New Roman, similar to the American Typewriter font in the Apple font suite. The light tan livery also is reminiscent of early Apple Macs. No great shakes on eBay, mine was picked up for less than £15, the Underwood 319 is a beautifully restrained, utilitarian objet d’office.

Its a manual, so its a tactile, and auditory with the sound of the keys and the ring of the bell announcing the start of the next line. Less flirty than the Valentine, this is what I can imagine Woodward and Bernstein slowly unravelling Watergate with.

One thought on “The Underwood 319”