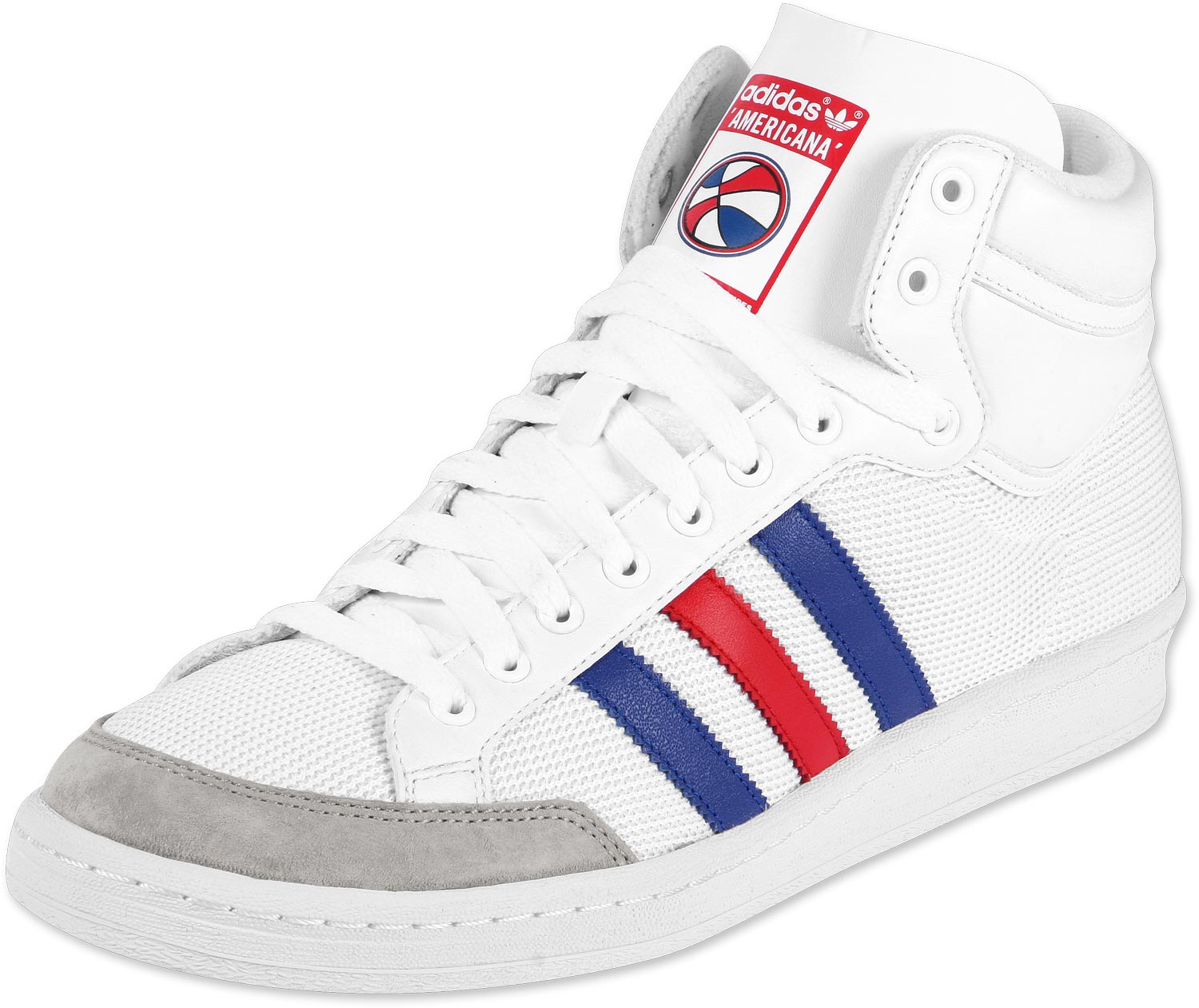 Instead of buying a flick knife like everyone else, my first school trip to France was the first day of an enduring love affair with Adidas. I came back clutching a pair of possibly my favourite Adidas sneaker ever (close run thing with the Nastase and the Superstar), Adidas Americana Hi. 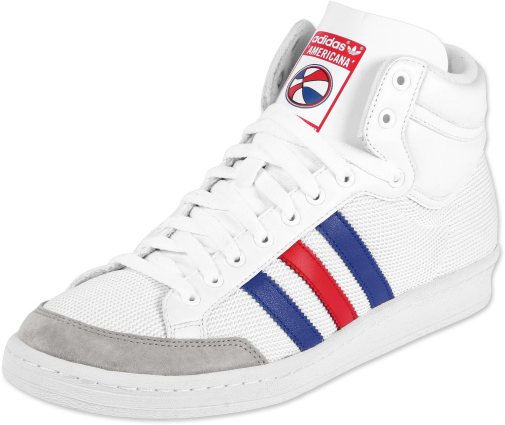 Originally released in 1975 (with an all leather toebox, to be replaced by the suede/leather version shown), this basketball shoe came in both Hi and Lo versions, each with the nylon mesh upper and classic red-blue stripes. The Americana stayed in production until 1979 and has had periodic ‘Adidas Originals’ re-releases since, as well as bespoke reboots and alternate colourways (all inferior to the classic original). 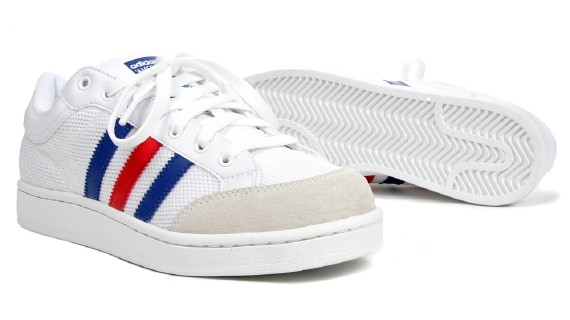 The Lo is pretty hard to find and the ultimate collectible version comes in its original American Basketball Association (ABA) logo. The ABA was a rival to the NBA until the two merged.

The Americana is a simple sneaker but, along with stablemates the Pro Model and the Superstar, was pretty hi-tech for its time. The mesh upper added breathability and a cooler wear while the design incorporated Adidas’ ‘Softprotect’ foam padding. Air was still a twinkle in Nike’s eye.