Another retro classic, from the golden age of portable ‘laptop’ typewriters, Olivetti (home to the headline-grabbing super-stylish Valentine) made modern portables until 1994, accompanied and advertised by flamboyant ad campaigns and some ‘good old fashioned’ sexism.

Adriano Olivetti hired Giovanni Pintori in 1936 to work in the publicity department. Pintori was the creator of the Olivetti logo and its famous promotional posters that created the Olivetti brand and its place in the history of 20th-century design.

‘A typewriter must not be a showpiece for the salon, overloaded with tastelessness. It must look sober, and at the same time work elegantly.’ Camillo Olivetti. 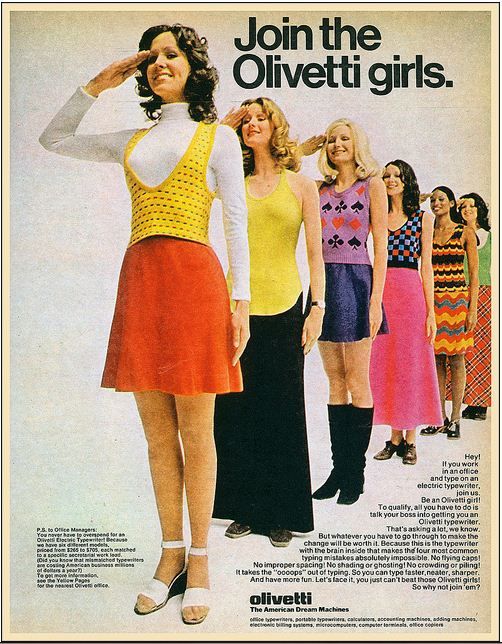 So what of the Roma, considered in its time as a ‘chic’ portable (don’t forget how much time we fret today about whether we have the latest mobile or fetishising our work and social hardware) and, unlike the practically challenging but good looking Valentine, was considered a good performer.

Clad in its plastic red and grey body, considered to be ‘statement’ stylish as uptil then typewriters were ‘black and white’. We are a long way away from Jonathan Ive at this point. 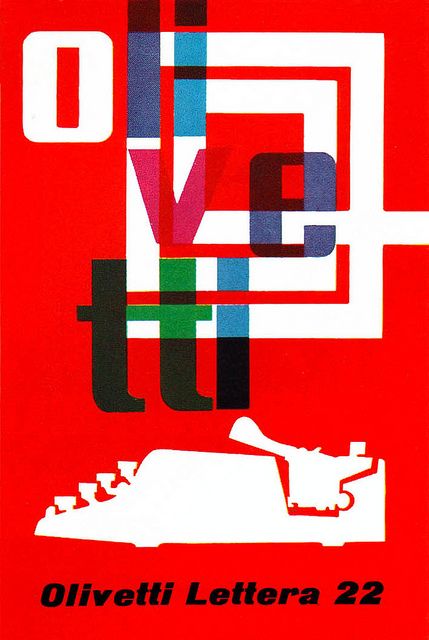