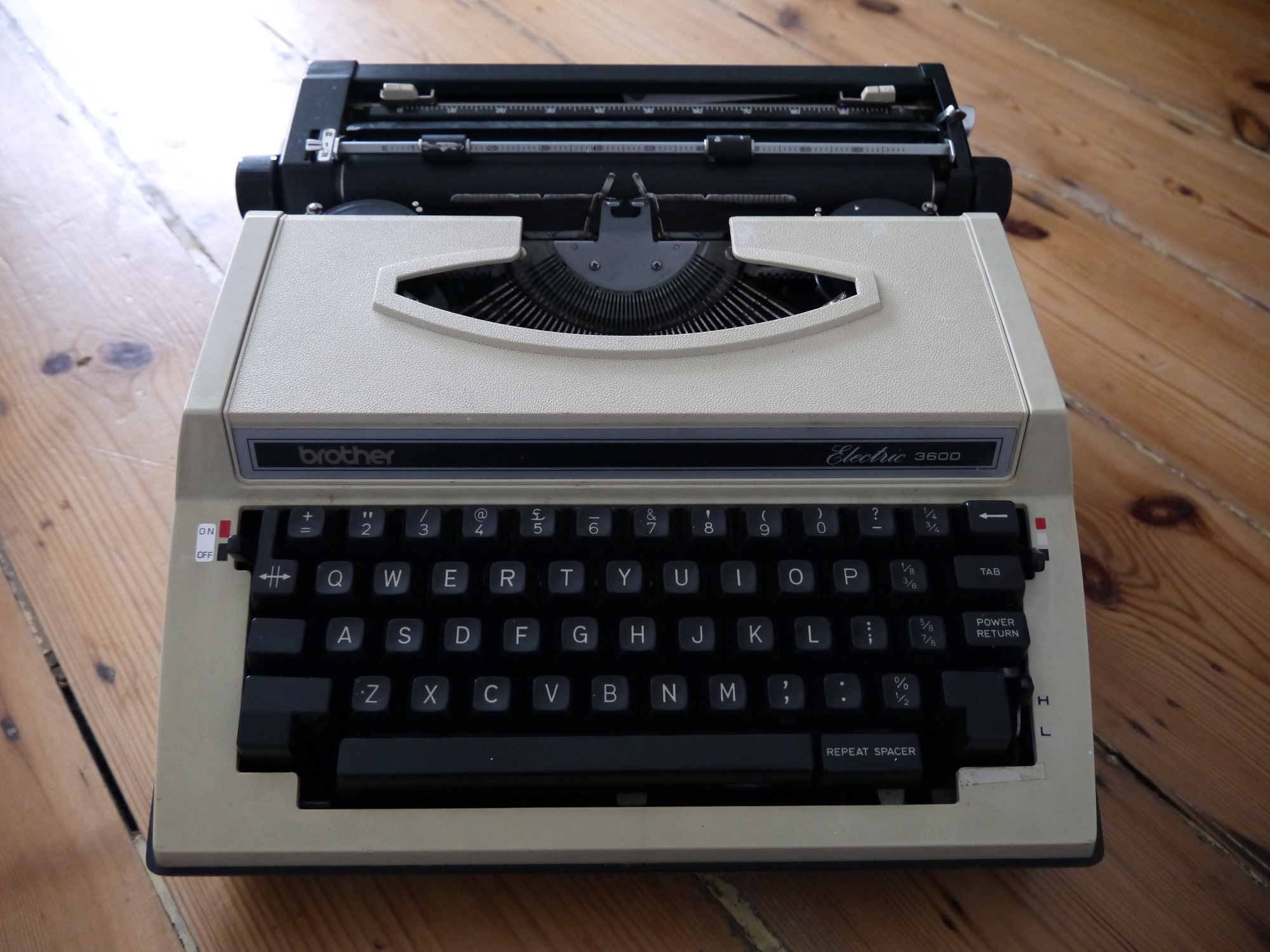 Hard to imagine now without the help of Mad Men, the regimented click-clack-return of multiple typewriters firing on all cylinders. Before the advent of the electronic (as opposed to electric) typewriter and Amstrad, Apple, Microsoft corporations, typewriters went electric. And somewhere around the early to mid-80s, my Brother Electric 3600 was made in Japan. You can find funky pop orange incarnations but mine is a reassuring GLC council house grey. Much like brutalist concrete, grey is due a renaissance.

Electric typewriters were technically invented in the 1870s by Thomas Edison (sort of) who created the Universal Stock Ticker which remotely printed both letters and numerals delivered by a typewriter at the end of a telegraph line. To no-one’s surprise it was deemed ‘large, cumbersome and expensive’. The Blickensderfer Manufacturing Company is credited with the first working electric typewriter in 1902.

So to the typing pool, newspaper and magazine offices et al, the ’70s and ’80s, an additional hum was added to the click-clack-return. As well as the physicality of the keyboard, turn on the Brother 3600 and it perceptibly jolts into action, and then pleasingly hums. Like a car turning over. And typing is almost a pleasure, with a pleasing interface between hitting the key and text appearing. Its a big heavy boy, you wouldn’t be wanting to carry this around between hot desks, despite the carry case.

While the Brother Electric 3600 was manufactured in Japan, Brother made typewriters in Wrexham until as recently as 2012, donating its last ever model to the Science Museum. there are definitely sexier , and more retro-valuable typewriters but this model’s total lack of stylish aspiration, in favour of efficient utility and durability (it still works perfectly), somehow reassures this correspondent in an age of digital throwaway. Less Ernest Hemingway, more Joan Holloway or Miss Moneypenny.